This guide will walk you through your first change to an Oso policy file. There are three steps:

The Oso Library works best in monolithic applications. If you’re building authorization for more than one service or want to share a policy across multiple applications, read how to get started with Oso Cloud.

1. Clone the repo and install dependencies

First, clone the Ruby quickstart repo, and install the dependencies:

With the dependencies installed, you should be ready to start the server:

If all is well, the server should be listening on port 5000.

Visit http://localhost:5000/repo/gmail in your browser. You should see a successful response, indicating that you have access to the gmail repo.

To see an unsuccessful response, visit http://localhost:5000/repo/react. You’ll see an error: Repo named react was not found. There actually is a repo named react, but you don’t have access to it. Let’s fix that now.

In main.polar, add the following two lines to define a new “rule.” This rule will allow any “actor” (or user) to perform the "read" action on a repository if that repository is marked as is_public. 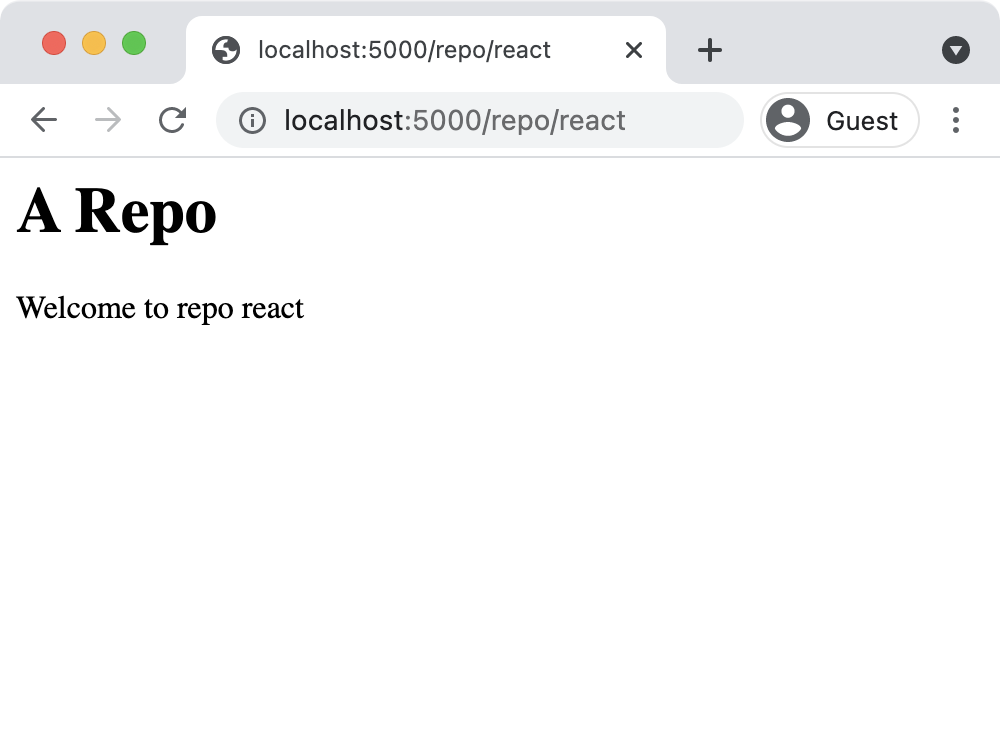 The quickstart server uses an Oso policy to make sure users are allowed to view repos. The call to OSO.authorize() in server.rb performs this check in the /repo/:name route. If the user does not have access to a repository, an error response is returned to them.

In this case, the repo with the name react is public because of its definition in the models.rb file, so it should be accessible to everyone. By making the change to main.polar, you told Oso to allow users to "read" repositories that have the is_public field set to true.

That way, when you visited the react repo in your browser, Oso determined that the action was permitted!

Check out the full code for the example below:

Want to talk it through?

If you have any questions, are getting stuck, or just want to talk something through, jump into Slack and an engineer from the core team (or one of the hundreds of developers in the growing community) will help you out.

Set up a 1x1 with an Oso Engineer

Our team is happy to help you get started with Oso. If you'd like to learn more about using Oso in your app or have any questions about this guide, schedule a 1x1 with an Oso engineer.

Get updates from the Oso Engineering team